Excelsior Bay is a smaller bay located in South Lower Lake Minnetonka, just north of the city of the same name and additionally flanked by the Cities of Greenwood & Shorewood. Excelsior Bay is defined to it’s northwest by the main southern Lower Lake Minnetonka and is adjacent to it’s west with Gideon Bay. To it’s east, it is connected to Saint Alban’s Bay via channel through the Minnetonka Boulevard isthmus. On the tip of it’s westerly defining point sits The Commons, a public park and beach run by the city of Excelsior. On it’s eastern side is The Bayside Marine one of the City of Greenwood’s two marinas.

The city of Excelsior, founded in 1852 by George Bertram, was the first city to be founded on Lake Minnetonka. The city and it’s namesake-bay got it’s name from The Excelsior Pioneer Association to which Bertram was a member.

In the 1960s the Danceland Ballroom at the park notoriously hosted several known acts, including The Rolling Stones and the Beach Boys. 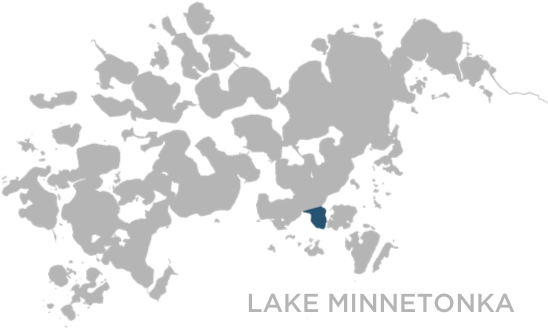